How to foster innovation hubs outside capital cities

When it comes to innovation, capital cities are typically where the action is. In 2019, there were 598 startup investments in London, 433 in Paris and 261 in Berlin. Indeed, these three cities are drivers of European innovation, filled with initiatives to support startup growth. They rank as the top three biggest European startup hubs. London has even ranked as the second-best startup ecosystem worldwide, tied with New York City (Startup Genome).

Unsurprisingly, capitals tend to have a higher concentration of resources for the development of the local startup ecosystem. In fact, the presence of a highly skilled workforce, universities, research centres, corporate headquarters… explains why big cities are seen as ideal places for innovation to flourish. However, innovating outside of the capital could present benefits worth exploring.

Why is innovating outside of the capital important?

One might assume that if so much activity comes from big cities, it must be that smaller municipalities simply don’t have as much to offer. However, research is increasingly proving this assumption wrong. Indeed, multiple studies have shown that companies in rural or peripheral areas are just as likely to create innovative projects as city-dwellers.

In 2014, Neil Lee and Andrés Rodríguez-Pose studied 9,000 UK-based SMEs in creative industries and found that a company’s characteristics are more important than location when determining the likelihood of innovation. Furthermore, while innovation is often tethered to cities due to their wealth in knowledge-based infrastructure (universities, research centres, etc.), a study of 32,000 firms in Sweden found no evidence that knowledge-intensive firms grow faster in knowledge-rich regions.

Given the widespread assumption that capital cities are ideal innovation hubs, many fail to see the benefits of innovating in small cities or rural areas. Yet, there are many factors worth considering. For example, there is less bureaucracy and competition in smaller municipalities. In small cities, communities are usually tight-knit. Key players typically have strong relations across various sectors on a local scale. So, while there might be more partners and assets in bigger cities, new projects can sometimes get off the ground faster in small cities.

Furthermore, while big cities often have departments specifically dedicated to innovation, small cities leverage the insights and efforts of multiple departments in their innovation processes. They’re also more likely to embrace community-driven problem solving, involving residents in the development of innovative projects. This ties to the fact that residents have a stronger sense of community and togetherness in these areas than they do in big cities, especially capitals. This closeness, which affects both the public and private sector, enables faster identification of market gaps. It helps create partnerships, launch tests and build trust around local innovation.

As such, there are many case studies wherein small localities seek out startups to implement innovative projects. In 2020, UNSense developed a smart mobility strategy for Waalwijk, a Dutch municipality. The town’s strong logistics industry has had a negative effect on its residents’ lives, such as intense traffic congestion. Because of this, it reached out to UNSense, which is developing innovative prototypes for the town. These include delivery drones linking fulfilment centres to the city centre, a new adjacent port with automated freight, a business park to attract startups and young talent, and an electric bus network.

How to boost local and regional innovation hubs

Providing regions outside the capital with resources to succeed will help further foster innovation throughout a country’s territory. These resources can be anything from access to expertise, avenues to seek funding or networking opportunities.

The Knowledge Transfer Network (KTN) in the UK aims to provide knowledge sharing and networking opportunities throughout the country to foster connections between industry incumbents and innovative newcomers. These types of opportunities are key, given the widely understood importance of networking in fostering innovation.

The European Institute of Innovation & Technology (EIT) has set up innovation hubs both in capitals and in less populated or suburban areas, such as the EIT Food hub for Germany in Freising and the EIT Health hub for UK and Ireland in Galway. With 2,000 partners, the EIT is the biggest innovation network in Europe helping startups get monitoring, connections and funding. Providing equal opportunities within and outside capital cities helps dispel the misconception that big cities are the best innovation ecosystem.

Beyond accelerators, incubators, innovation hubs and other organisations focused on startup innovation, coworking spaces are also a helpful channel to foster innovation. La COcotte Numérique, a French coworking business based in the Auvergne region of France, offers entrepreneurs training and workshops to build their knowledge and skills. It also offers a lab space where entrepreneurs have access to key tools to build their projects, such as 3D printers for prototyping.

Shining a light on regional innovation

One of the main challenges faced by entrepreneurs outside of capital cities is getting their startup noticed – not only by potential clients but also by investors and the press. Public institutions can offer support to help non-metropolitan innovators overcome this hurdle.

For instance, La French Tech provides startups with a variety of tools to help accelerate their growth and development. It also provides them with more visibility. Through marketing campaigns and extensive press coverage, the programme can help shed light on the many impressive projects developed across the country. In doing so, it supports existing projects in less known regions and can inspire others to launch their project in these smaller innovation hubs. La French Tech is deployed in 13 French “tech capitals” and 63 communities throughout the country to support local innovation ecosystems.

Among the public programmes with high visibility are the Next40 and Next120. These were created by the French government to support local startups and scaleups with the highest potential. After facing backlash for its Paris-centered Next40 in 2019, it broadened its selection of startups in 2020 and 2021 to represent all regions of France (except Corsica). Still, 84 out of 120 startups were based in the Ile-de-France region, i.e. in or around Paris.

As mentioned earlier, VC money primarily flows into capital-based startups. So public investment banks, like Bpifrance and KFW in Germany, play an important role in fostering innovation through startups and making up for the uneven availability of funding.

In addition to providing startups with financing, Bpifrance Le Hub helps corporates find startups to partner with or to invest in. The entity provides its support and resources throughout all regions of France. Funding can help propel regional startups, which in turn helps create more innovation hubs outside of the capital.

Innovation grants and competitions can also help boost local and regional innovation hubs. In 2020, UKRI announced it was providing £20 million to ten smart energy projects across the UK. The goal was to create technologies for greener localised energy generation, as part of the country’s 2050 net-zero emissions goal. Many of the selected startups were from small towns like Rugeley, Peterborough and Milford Haven.

Results are encouraging so far

Efforts to expand innovation beyond the capital have led to promising results over the past few years. Smaller European cities are slowly but surely becoming impressive startup hubs. Oss, a Dutch town with 90,000 inhabitants had $4.5 billion worth of exits from 2013 to 2018. In the UK, Manchester tech companies raised more than £200 million in funding in 2018.

In fact, the UK is seeing several regional innovation hubs emerge throughout its territory. Both big cities and smaller towns are experiencing this change. Cambridge’s tech sector was estimated to be worth £2.4 billion in 2018. Basingstoke’s total deals between 2015 and 2018 amounted to £425 million. Birmingham experiences an average of 500 new tech startups launched each year. Meanwhile, in Germany, Karlsruhe and Düsseldorf have been lauded as emerging startup hubs with growing opportunities.

How will the Covid-19 pandemic affect regional innovation hubs?

The pandemic has arguably transformed the way we envisage the future of work. Reports claim it has led many to move away from the city, especially large capitals. Indeed, the past year of remote working provided the opportunity for many to temporarily move to the countryside. And those who didn’t leave are now strongly considering it. In November 2020, a poll by Arup found that 40% of Europeans living in large cities were considering moving out. Londoners were the most prone to it (59%), followed by Parisians (41%) and Berliners (30%).

While we need more time, research and data to firmly establish the link between the pandemic and moving rates, remote working could clearly be a boon for smaller urban or rural areas. Indeed, it could help provide some of the lacking workforce these areas face. Entrepreneurs relocating outside of big cities could reap many financial benefits, from lower cost of living to cheaper real estate.

The pandemic also highlighted how many countries have become dependent on others for industrial production. Indeed, many companies in Western Europe and North America had outsourced production to countries with cheaper labour. Due to Covid-19, manufacturing sites reopened on a local level in several nations. For example, a former factory in Ploufragan that closed in 2013 reopened in 2020 to produce masks. Shifting certain industries back into domestic confines would create new challenges to overcome. In turn, this would offer local startups the opportunity to provide innovative solutions to local entities.

Furthermore, new funding opportunities have emerged from the pandemic. For example, Innovate UK launched the Continuity Loan programme, in collaboration with Early Metrics. The programme provides £210 million in loans to Innovate UK award holders, with a regional-agnostic approach.

Public institutions are key to the growth of local hubs

Ultimately, promoting innovation hubs outside of big cities can help improve the quality of a country’s startup ecosystem and boost its economy. Smaller municipalities tend to have different perspectives, different talent profiles and different approaches to problems. Public institutions play a key role in providing the funding and visibility needed to support innovation outside of capital cities. Indeed, they have to compensate for the lack of VC money, which still flocks primarily to large cities (as scaling prospects are more easily foreseeable for urban startups). Hopefully, through public support, more startups can arise regionally to make small cities, towns and rural areas more attractive for talent and VCs.

The traveller experience in tomorrow’s airports 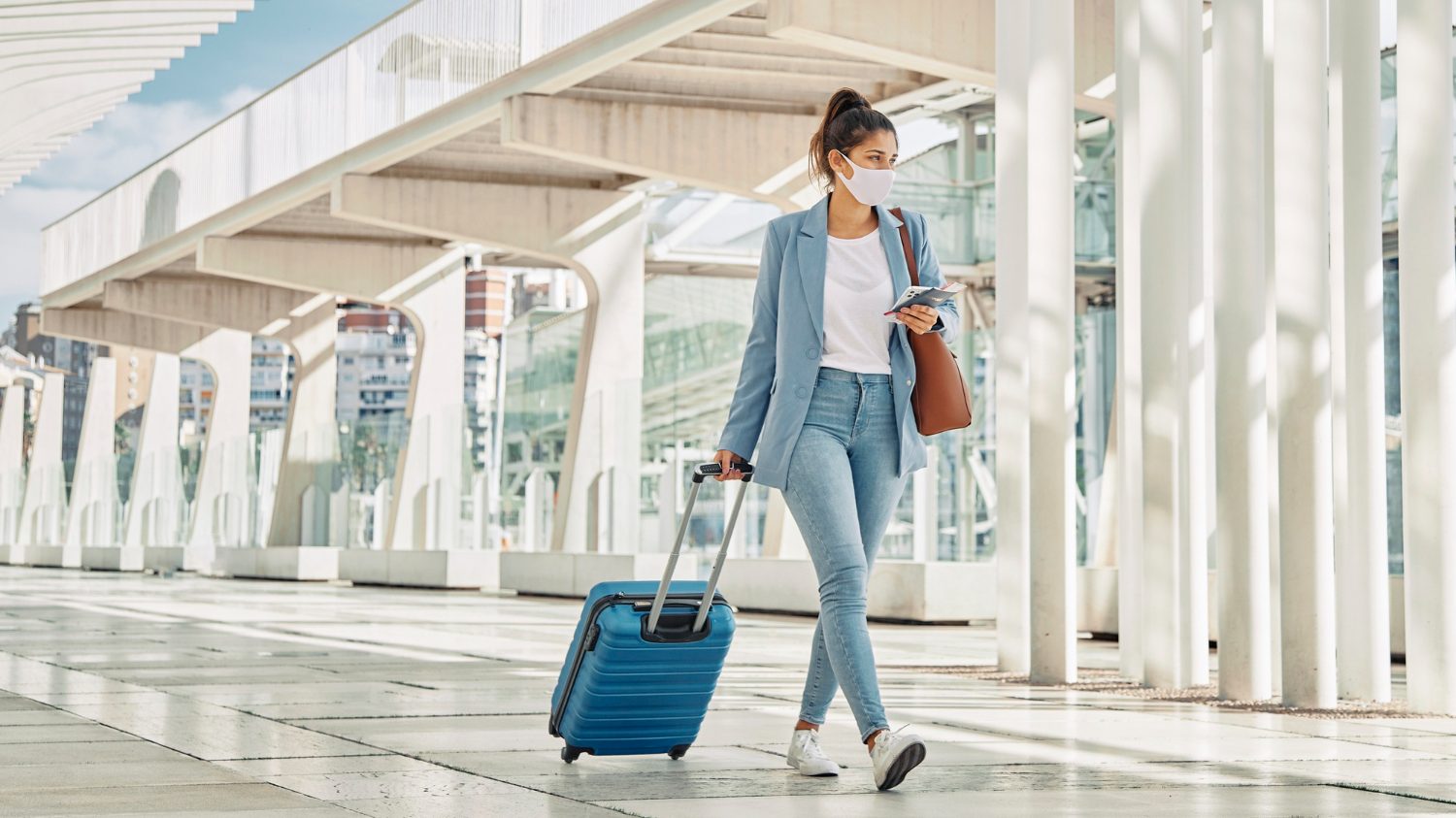 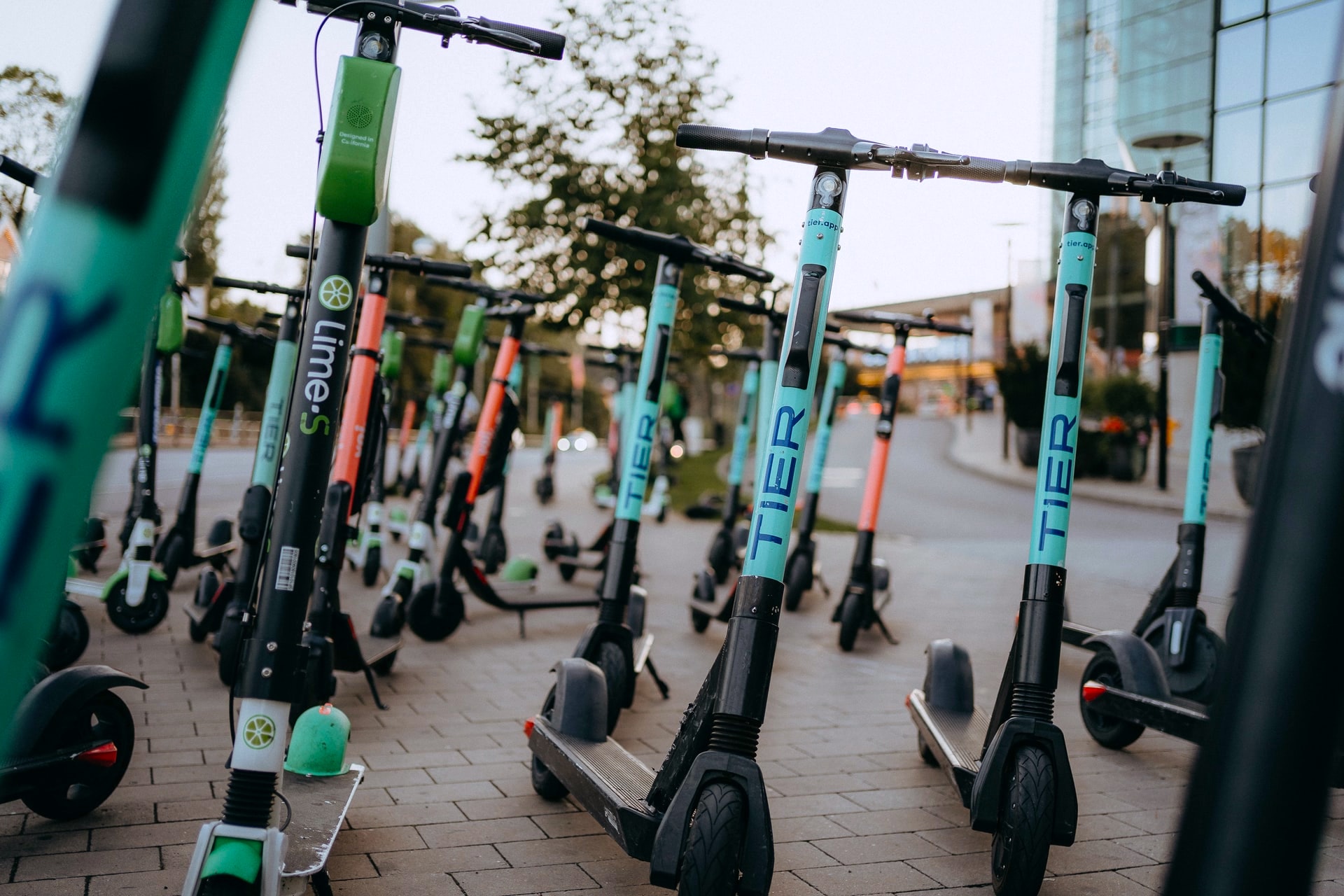